Robert and Caroline Dalrymple farm the land around Ballantrae and have a prize-winning flock of mostly Texel Cross Ewes and a suckler herd of Angus Cross Cattle producing top quality Scottish farm assured beef and lamb. For the last twenty years they have also run a successful holiday cottage business and are experienced in welcoming visitors to this beautiful and unspoilt part of the world.

The Harbour Green idea was first conceived about four years ago – the north harbour area was very overgrown and deserted and had been used as a fisherman’s dump with piles of old chain, anchors and decaying huts and boats. The Old Fisherman’s Cottage was a deserted shed – unused since salmon netting ceased in the mid 1990’s. Today the harbour is used by two or three lobster fishermen and a few small craft, there is also a slipway to launch small boats. Caroline, who was an interior decorator before she became a farmer, has a flair for decoration and Robert an eye for good building design. So a plan was hatched to renovate the Old Fishermans Cottage and build two more cottages which would be let to holiday makers throughout the year and well absorbed into the area. Plans were drawn up, funding awarded and three cottages designed.

Robert and Caroline have two grown-up sons, Hamish and Alastair, who enjoyed the pleasures of growing up in such a beautiful place and now try to get home as often as possible. They have been actively involved in the planning and designing of the new cottages and Hamish is a keen photographer who has taken most of the photos on the site. Hamish and his wife Emma are involved in the booking of the cottages. Alastair and his wife Kate offer their advice and help from afar as they are now based abroad.

We are a true family business, employing local people and we now have seven wonderful holiday cottages available for self-catering holidays and look forward to welcoming you to this beautiful part of the world. 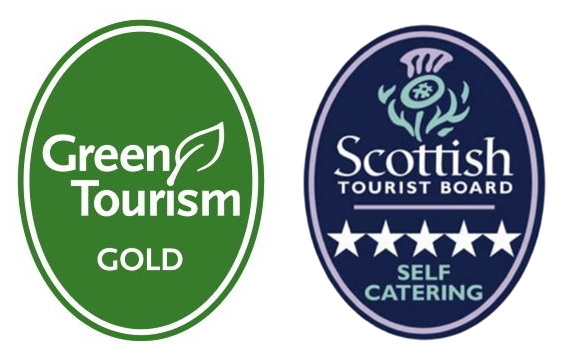