Ballantrae and its surrounding district of Carrick lies in the south-west part of the southern uplands of Scotland. It is a beautiful unspoilt region of hills and heather, with a magnificent coastline looking across to Ailsa Craig, Arran, the Mull of Kintyre and Northern Ireland.

Ballantrae is a beautiful small coastal village situated at the mouth of the River Stinchar. The name Ballantrae comes from the Gaelic meaning ‘village on the estuary’ and traditionally it formed the border with Galloway. In the 19th century it was an important fishing village and a large red sandstone harbour was built. Ballantrae sits on a narrow coastal plain where the River Stinchar flows into the sea. This is a wild and unspoilt region of hills and heather with a rocky coastline looking across to Ailsa Craig, the Mull of Kintyre and Northern Ireland.

Today Ballantrae is a friendly place with a village shop (including post office) open every day of the week and a good pub, The Kings Arms. There are supermarkets in Girvan, Stranraer and Ayr and Asda will deliver to the cottages – so if you are organised you can arrange delivery for when you arrive. Everyday essentials can be found at the village shop. There is even a local spa where you can be pampered, the staff at Pebbles will help you unwind and get into holiday mode.

All in all Ballantrae is an ideal place for a holiday and promises a blissful escape from the stresses and strains of 21st century life.

From Glasgow and the North follow the M77 then A77 to Ballantrae.

From Carlisle and the South turn off  the M74 at Gretna onto the A75 towards Stranraer, just before Stranraer turn right onto the A77 (follow the ferry signs) and carry on for 17 miles until you reach Ballantrae.

Once in Ballantrae, to find the Harbour Cottages (KA26 0NQ)

Turn down towards the sea on either Shore Road or Shellknowe in the centre of the village – turn right at the T junction and carry on about ¼ mile until you reach the harbour which is a dead end – Harbour Green is on the right.

Once in Ballantrae, to find the River Cottages (KA26 0NJ)

Take the B7044 signed Colmonell which runs inland alongside the river on its North bank and the cottages are along this lane.

Check availability and prices for all our cottages and use our form to book and pay online. 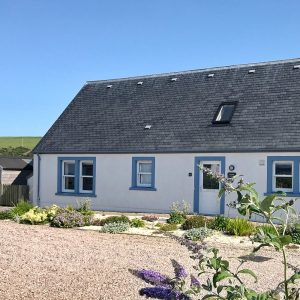 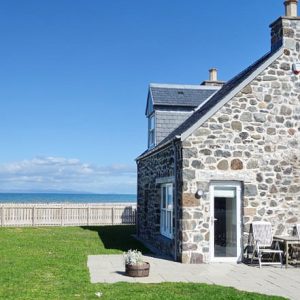 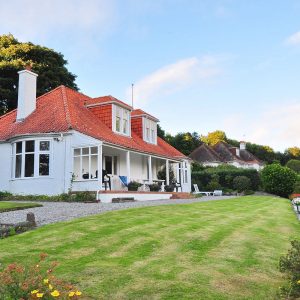 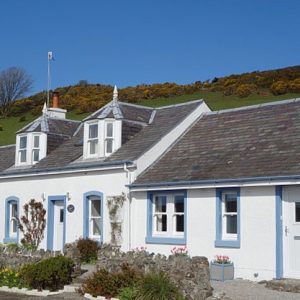 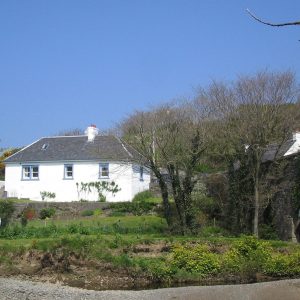